The Lost Tomb Of Jesus

Has the tomb of Jesus Christ been found? Since the 1970shundreds of tombs and thousands of ossuaries (limestone bone boxes) have been discovered in the Jerusalem area. These ossuaries served as coffins in first century Jerusalem. One of these tombs was found to contain ten ossuaries. Six of the ossuaries in this tomb have inscriptions on them. As it turns out, every inscription in this particular tomb relates to the Gospels. In the feature documentary The Lost Tomb of Jesus a case is made that the 2,000 year old “Tomb of the Ten Ossuaries” belonged to the family of Jesus of Nazareth. 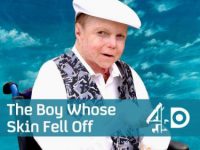 The Boy Whose Skin Fell Off