Searching for the Neanderthal

John Rhys-Davies hosts this 1991 series that explores various archeological subjects and their link to stories of the past. The show explores the efforts of archaeologists and the methods they use to discover the answers to these mysteries. This series won a Cable Ace Award for Best Science Series. Select episodes have been shown with the series title: Time Travellers. Episode Searching for the Neanderthal – They roamed Europe’s bleak grasslands braving cave bears mammoths and the freezing winters of the ice age and then they vanished. Their disapearance has stirred debate and speculation for over a centurystill the mistery lingers. Explore the prehistoric world of neanderthal. Imagine it is 100,000 years ago. An ice sheet 1 mile thick grinds over scandinavia and siberia. Most of europe is an endless expanse of praire with howling winds and stunted vegetation. In the sheltered valleys the neanderthals huddle up the cliffs and in cave mouths. Hunting some animals familiar today while facing others now extinct. The fiercesome cave bear, cave lion, giant bison and wooly mammoth. For untold generations the neanderthals had europe to themselves. Then a new modern type of human began developing and spreading from Africa. For centuries the neanderthals and moderns coexisted apparently in peace. Then the neanderthal vanished. Why did neanderthals as a group die out and why did modern humans become the only form of humans that around? We don’t have all the answers to that question, it is a difficult question to answer, but it is one in which we are starting to get a series of leads from research into the fossils and research into the archaeology, the debris that they left behind. Our fascination with this browed human has not dimmed in 150 years since he was discovered. Artists have given him his human face, physical anthropologists have tried to make him walk and talk again. The enduring question of his relationship to us remains. Did neanderthals and modern man coexist in peace or conflict. Did they go their separate ways, could they have inter-bread. The one thing clear from the archaeological record is the life of a neanderthal was not an easy one. 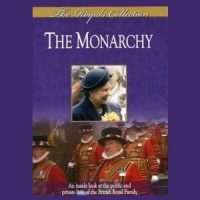 Episode 6 Long To Reign Over Us ? 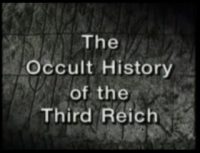 Episode The SS Blood and Soil