Who Killed the Maya?

One of the greatest empires history has ever known is on the verge of collapse. In desperation its leaders look to the heavens for answers. Little do they know that their future lies in bloodshed of their people and that in the space of a single century they will be wiped out. Why a 2000 year old civilization disappeared so suddenly has been one of the world’s greatest enigmas. How could a civilization which thrived for over two thousand years just suddenly disappear? Today many believe that a giant drought killed off the Maya but is this really the case? World Maya Expert, Nikolai Grube began by looking at the Maya’s own historical records their fantastic hieroglyphic writing. Hidden within them he found two extraordinary figures: Dark Bat King and a Cold Killer Queen. Never before has the story of these remarkable individuals been brought to life. By resurrecting their spirit, Grube has come to the groundbreaking theory that the Maya collapse cannot be blamed on natural forces, but on the violent world of human politics and power struggles. His journey presents a new vision of the Mayan world a vision where bloodshed and battle hold the key to unlocking the Mystery of the Maya.

Episode 3 London and the South East 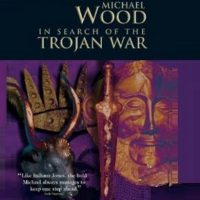 Episode 6 The Fall of Troy