The True Story of Troy

It is the most legendary war in history. It begins with a beauty contest and ends with a giant horse unleashing destruction and annihilation. A tale so powerful it inspires 3,000 years of myth and legend. It is a story of armies divided, stolen treasure, an ancient world trade center, and a war without end. It was a conflict between east and west. Now archaeologists, literary detectives and military analysts are uncovering evidence that the mythological city destroyed by beauty and vengeance, may be real. This is the true story of troy. It began in the cradle of western civilization mainland Greece on the west and Asia minor on the east and dozens of islands in between. The Aegean sea links the inhabitants of this region, sea faring adventurers and their legends of gods and heroes. For thousands of years fortune seekers and archaeologists have been searching these shores for evidence of the Trojan war and now some say they have found it. In turkey an international team is excavating what they believe to be the site of legendary Troy. They claim they are finding evidence of a 5 acre city complete with palace streets and a vibrant down town and outside the walls is evidence of a lower city, ancient suburbs, surrounded by a defensive moat built to prevent attack by chariots the ancient worlds’ weapon of mass destruction. Manfred Korfmann leads the excavation. On the barren plain Korfmann and his team envision a fortified city that rivals ancient Athens and dates to the late bronze age, but there is a conflict raging. Some say Korfmann’s finds are pure fantasy. Is this really the site of ancient Troy? Did Troy even exist? Why does its memory echo through time? 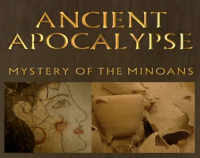