The Trial of Jesus

What is known about the trial and execution of Jesus? Despite the familiar gospel stories of the new testamentmuch of the historical account remains a mystery. What most historians can agree on is this: around the year 30 of the first century, a Jewish man named Jesus, leaves his home in the Galilea and does something in the Jewish temple that causes him to be arrested. Then the occupying Roman authorities execute him by crucifixion. Beyond that crucial facts remain unclear. Why is he arrested? What charges are brought against him and by whom, and why is he given the cruelest of punishments, death by crucifixion? Eminent scholars sift through Roman, Jewish and early Christian documents searching for answers. 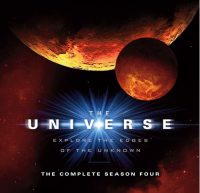 Episode 4 Greece A Moment of Excellence