Across the U.K.fewer and fewer youngsters want to study chemistry and physics, so with the help of physics teacher Andy Smith, Rocket Science sets out to convert a small sample by teaching them everything safe there is to know about fireworks. Kids? Fireworks? It’s a health and safety nightmare. But once Andy has grabbed their attention with a few flashes and bangs, he shows the class how much serious science is involved in the creation of the average rocket. But instilling a passion for science isn’t quite as simple as letting off a couple of bangers under the headmaster’s chair. To engage the children, Andy sets out to teach the chemistry of fireworks’ luscious colours, but has to battle short attention spans, filthy weather, and the fact that most chemicals in the school storeroom are well past their sell by date. The series was filmed over a period of nine months.
Episode 1 – Physics teacher Andy Smith tries to convert his pupils to physics and chemistry. at the beginning Andy is in for a rough ride. Pupil Chantelle, for instance, thinks science is just copying answers from a textbook, while Taz wants to be Kate Moss, and Charlie can do the work but won’t behave. To engage the children, Andy has to battle short attention spans and the fact that most chemicals in the school storeroom are well past their sell by date. However, when the kids do get hands on in an innovative glow in the dark lesson, you can see the light of fascination start shining in their eyes. There is hope after all. Can Andy hope to hold their interest over the summer break? He certainly has a plan. But how will the head of the school feel about being launched into space strapped to Andy’s class’s homemade rocket?
Episode 2 – How can inspirational Mr Smith hang onto his students enthusiasm for firework physics and chemistry after their end of term display is cancelled? His campaign starts with dramatic flashes and bangs, then in true teacher fashion he sets revision. But this is revision with a difference, and it works a treat. At home, naughty boy Charlie is worried. Four field trips are on offer, but he is going nowhere until he shows Mr Smith he takes science seriously. His mother gets him a chemistry set, and Charlie goes online to research the biggest bang he can get away with in the classroom. The kids finally mount their own triumphant firework display for the retiring head, and we see how practical work makes all the difference. They are involved and excited as they do kitchen chemistry, measure the speed of sound, and even take on the atomic basics of how coloured light is created. To show how firework science connects to the real world, Mr Smith organises field trips to where the chemicals that colour fireworks actually come from. The football boys visit a massive mine in Nevada, are impressed by trucks the size of a four bedroom house, and get hands on in a lab extracting copper from ore, and they love it. Mr Smith takes Tash, Liam, Emma and Jake to Scotland where they discover that setting fire to rocks near the village of Strontian, the only place in the U.K. to have an element named after it, can have a remarkable effect. Back home, Charlie’s smoke bomb is too much for Mr Smith, but his hydrogen demonstration goes well, and Charlie is rewarded with a well earned place on next week’s trip to China.
Episode 3 – Tension mounts when Chantelle is chosen to push the button to fire one of the biggest firework displays the U.K. has ever seen. Charlie and friends are off to China, to the the birthplace of the banger, where they are happily mobbed by science students at a Chinese school. Every evening in Liuyang, there is a huge display as firework manufacturers show off their latest designs, and the kids learn how the precision and power of physics is used to create the fantastic sky writing fireworks. Back home, Mr Smith takes the class to witness the extraordinary power of expanding gases with the Royal Artillery, and they discover they have all already handled explosives far too unstable for the Army to use. Finally, the whole class are invited behind the scenes at one of the biggest firework displays the U.K. has ever seen, to find out what all the science they have learned about can achieve. Has the Rocket Science project made any difference to the kids’ interest and appreciation of the science that fills the world around them? 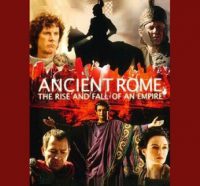