Each turning point in history has behind it a story and a set of principal characters whose dilemmas and conflicts form its dramatic core and whose unique personalities influenced the outcome of events. New facts, often from indigenous sources, have emerged to add to our understanding of these crucial events and these, together with the latest historical research and documented first hand accounts, bring each turning point vividly to life. Exclusive dramatizations carried out at the actual sites of the events, History’s Turning Points provides a fascinating and intriguing new perspective on the significant moments that have changed the world. The Incredible March – Mao turns defeat into victory and Chinese communism is born. Mao Tse-tung, the leader of China’s Communist First Front Army flees the forces of his arch enemy, the Nationalist leader Chiang Kai Shek. Mao and his one hundred thousand strong peasant army battle against the Nationalists and nature itself, fleeing over 6000 miles through 12 provinces over 18 mountain ranges and across 24 rivers in an epic test of human endurance. Only six thousand men survive but Mao lives to become the undisputed father of Chinese Communism and 14 years after his epic journey becomes Chairman of the People’s Republic of China. 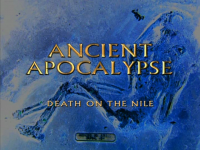