Clarissa and the King’s Cookbook

Clarissa Dickson-Wright tracks down Britain’s oldest known cookbook King Richard II’s 700 year old scroll The Forme of Cury, and compares its contents with the way we eat today, as well as re-creating some of the dishes for a group of food and medieval history experts. Documentary in which self-confessed medieval foodie Clarissa Dickson Wright tracks down Britain’s oldest known cookbook The Forme of Cury, a 700 year old scroll written during the reign of King Richard II from recipes created by the king’s master chefs and wonders if this ancient manuscript may have influenced the way people eat today. On her culinary journey through medieval history she reawakens recipes that have lain dormant for centuries and discovers dishes that are still prepared now.

Episode 1 The Princess and the Gangster 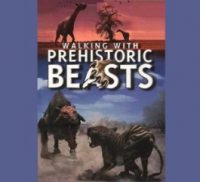